Can You Overdose or Die From Consuming Cannabis? 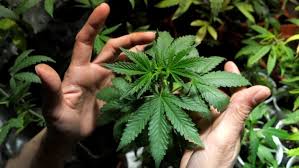 That’s one of the most well-known facts in the cannabis library. But is it really true? And if so, why?
Yes, it’s true. Cannabis itself cannot kill the human body. But let’s be clear: It is very possible to “overdose” on cannabis in the sense of overconsumption. Most experienced cannabis consumers have, at one point or another, gotten themselves to a place they didn’t want to be. You didn’t check the dosage on that edible, and now you’re regretting it. You’re uncomfortable. You may be feeling downright miserable. It’s okay. You’re not going to die. It will pass. Lesson learned.
Why is that, exactly?
Can You Overdose or Die From Consuming Cannabis? It’s possible to die from opioid overdose or alcohol poisoning. But cannabis acts on the body and mind in a way that’s very different than opioids or alcohol.
We’re all familiar with the tragic phrase “died of an overdose,” but when opioids like fentanyl, Oxycontin, or heroin are the cause, there’s a specific mechanism that leads to death. As Oxford University anesthesiology professor K.T.S. Pattinson has observed, “In drug addicts, respiratory depression is the major cause of death.” In other words, during an opioid overdose the victim falls unconscious and the body forgets to breathe.Can You Overdose or Die From Consuming Cannabis?
What scientists call “the fundamental drive to respiration”—i.e., what tells the body to breathe—originates low in the brainstem, in an area known as the pre-Bötzinger complex. Opioids don’t just suppress pain and increase feelings of pleasure; they also depress the pre-Bötzinger complex, which causes breathing to become slow and irregular. In an overdose, breathing shuts down completely and death occurs due to lack of oxygen.
Opioid receptors are found in many areas of the brain, including the pre-Bötzinger complex in the brainstem, which controls breathing. This is a major reason why opioid overdose can be deadly, as opioids affect this critical brainstem region.
In some cases, an opioid overdose can also depress the brain’s mechanism that regulates the heart and blood circulation, leading to a drop in blood pressure and heart failure. Alcohol poisoning can become lethal when the alcohol overwhelms the liver’s ability to clear it, and alcohol in the blood anesthetizes those same brain systems that regulate breathing and blood pressure. They shut down, which leads to death.Can You Overdose or Die From Consuming Cannabis?
Why doesn’t cannabis have the same effect? Because cannabinoids act on specific receptors that are not concentrated in the brainstem, where breathing and heart rate are controlled.
Cannabinoid receptors are most highly concentrated in the basal ganglia, the hippocampus, and cerebellum, which control cognition and movement. Those same receptors appear in scant numbers in brainstem areas like the pre-Bötzinger complex.
Can You Overdose or Die From Consuming Cannabis? Cannabinoid receptors are also found in many areas of the brain, but not so much in the breathing center of the brainstem (pre-Bötzinger complex). CB1 receptors, one of the most abundant receptors in the brain, are found in many regions.Can You Overdose or Die From Consuming Cannabis?
In a 1990 study of cannabinoid receptors, researchers with the National Institutes of Health (NIH) reported that “sparse densities [of cannabinoid receptors] in lower brainstem areas controlling cardiovascular and respiratory functions may explain why high doses of THC are not lethal.”
To summarize, opioid and alcohol overdose can shut down the body’s breathing and blood circulatory systems that are located in the lower brain stem. Cannabis does not have the ability to affect those lower brain stem systems in the same way. While it is very possible to overdo your cannabis intake, it’s not possible to die from a cannabis overdose.

WHERE TO BUY WEED ONLINE

previous
WHERE TO BUY WEED ONLINE
next
GROWING What Are the Best Nutrients for Growing Cannabis?